Only the Summer Olympic Games existed when the Olympics were initially founded in Athens, Greece. It was not until 1924 when the Winter Olympics came into existence and was globalised with the summer sports.

Both the Olympic Games were then held during the same year until 1992 when the International Olympic Committee (IOC) came to a decision to hold them two years apart. Ever since, every four years, the Summer Olympics take place while two years after the Winter Olympics occur. With over 204 countries taking part in the Summer Olympics, the event is much larger than the Winter Olympics, which has only about 88 countries participating.

Over the centuries, the summer and winter Olympic Games have continued to occur every four years at different locations across the globe. As their respective names suggest, the two categories of Olympic Games take place when the ideal weather conditions best suit the sporting events performance. 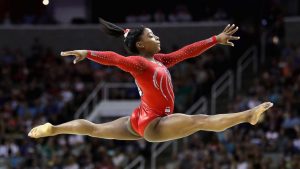 The Summer Olympics is a more significant event, as it also holds a broader variety of five categories of sporting events. These include athletics, badminton, basketball, rugby, boxing, cricket, cycling, swimming, gymnastics, football, table tennis, hockey, handball, wrestling, and water motorsports, among many others.