The summer period is one of the most eventful seasons of the year. It is filled with sports events which offer world-class entertainment all over the world. Here, are some of the great sporting activities and events to watch out for during your summer holidays. 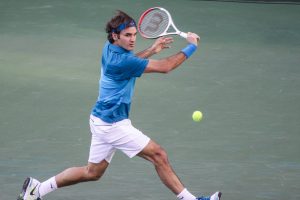 This sport is known to have originated in England. It is now slowly picking up a spot among the top in the sporting world. It has a host of world events which include Wimbledon, the French Open and the US Open. These events all take place between May and September. The Wimbledon competition is ranked as one of the most watched summer events.

Cycling is increasingly gaining popularity around the globe. The sport is very popular around many parts of Europe. Cyclists are given a chance to participate in some of the significant events which are mostly held in Italy, France, and Spain. These cycling tours are generally held between May and July. The Tour de France final stage is known as one of the most watched events around the world.

Football is a great sporting activity which has a large number of fans all over the globe. It is most popular in South America, Africa, and Europe. The FIFA World Cup, which is considered as one of the most significant sporting events, is held in the summer every four years. The African Cup is also for the first time taking place during the summer.